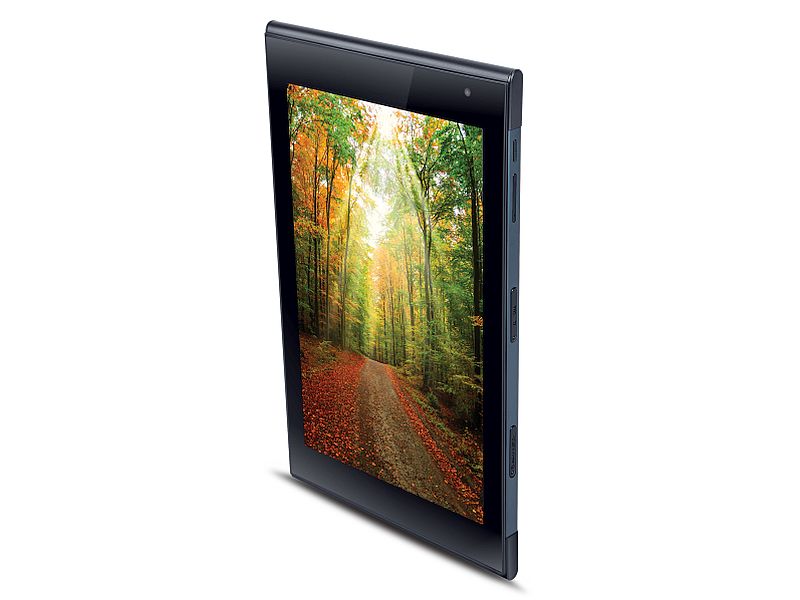 The Android 5.1 Lollipop-based Slide 3G Q81 tablet comes with 64-bit quad-core Intel Atom X3 processor clocked at 1GHz. It packs 8GB of built-in storage which can be further expanded up to 64GB (via microSD card).

It features an 8-inch display with screen resolution of 1280×800 pixels. The iBall Slide 3G Q81 tablet supports single-SIM with voice-calling capability via earphones, the highlight of the device. The tablet supports 3G, GPRS/ EDGE, GPS/ A-GPS, Wi-Fi, and Micro-USB connectivity options. It also supports USB OTG function. The tablet sports a 5-megapixel rear autofocus camera and a 2-megapixel front camera. It is backed by a 4000mAh battery.

The company says that the iBall Slide 3G Q81 tablet comes with support for multiple languages (over 15 regional languages), with both read and write support.

Last week, iBall unveiled a 4G-enabled tablet, the Slide Cuddle 4G, priced at Rs. 9,999. The iBall Slide Cuddle 4G tablet came with dual 4G SIM support, which was one of the highlights of the device. The voice-calling tablet supported download speeds of up to 150Mbps.

With all the drama surrounding Konami and Metal Gear Solid creator Hideo Kojima, it’s easy to forget that Metal Gear Solid V: The Phantom Pain was actually one of the better optimised games on Windows. And it appears that it’s finally getting Metal Gear Online (MGO) – the game’s much vaunted online multiplayer component. The […]

Researchers have developed a new inexpensive method to 3D print metallic objects such as batteries, fuel cells and parts for rockets and airplanes, using rust and metal powders. While current methods rely on vast metal powder beds and expensive lasers or electron beams, the method developed by Northwestern University in US uses liquid inks and […]

Google Pixel 3 to Get eSIM Support in India Soon via Reliance Jio, Airtel

Google on Monday announced that it is bringing Pixel 3 ₹ 63,940 eSIM support for more carriers across the world, including Airtel and Reliance Jio in India. The Mountain View, California based company said that it hopes eSIM tech, which it claims to have pioneered with the Pixel 2, will soon become more prevalent across […]