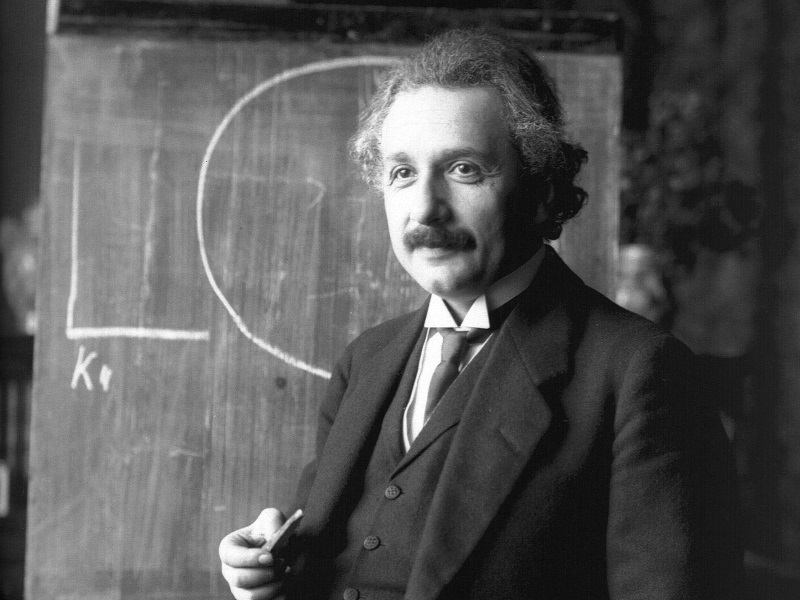 Einstein’s mass-energy equation (E=mc^2) is inadequate as it has not been completely studied and is only valid under special conditions, an Indian researcher has claimed in an international paper.

The equation was given by Einstein in 1905.

His technical paper “The mathematical derivation or speculation of E=mc^2, in Einstein’s September 1905 paper, and some peculiar experiments” was published by Bauman Moscow State Technical University in Moscow last month.

E=mc^2 means energy is equal to mass multiplied by the speed of light squared.

Sharma, an assistant director for education with the Himachal Pradesh government, told IANS that Einstein’s theory has not been studied completely.

“It’s only valid under special conditions of the parameters involved, e.g. number of light waves, magnitude of light energy, angles at which waves are emitted and relative velocity,” he said.

Einstein considered just two light waves of equal energy, emitted in opposite directions and the relative velocity uniform. There are numerous possibilities for the parameters which were not considered in Einstein’s 1905 derivation, said Sharma’s paper.

This equation expresses the fact that mass and energy are the same physical entity and can be changed into each other, the paper said.

It said E=mc^2 is obtained from Lmc2 by simply replacing L by E (all energy) without derivation by Einstein. “It’s illogical,” he said.

The paper said Fadner correctly pointed out that Einstein did not mention E in the derivation.

Sharma’s book, ‘Beyond Einstein and E=mc^2’ published by the Cambridge International Science Publishers, says Einstein was not the original propounder of the theory of relativity — rather he took work from existing literature and published it in 1905 in German journal ‘Annalen de Physik’.

“Many people will be surprised that Einstein’s work was not peer reviewed before publication. The first postulate of relativity was given by Galileo in 1632 in his book ‘Dialogue Concerning the Two Chief World Systems’,” the 51-year-old Sharma said.

According to him, Einstein took this opportunity to publish the work of Galileo (1632, Principle of Relativity), Poincare (1898, Constancy of Velocity of Light), Lorentz (1892, Variation of Mass etc), Larmer (1897, Time Dilation), and Fitzegerald (1889, Length Contraction) in his own name.

Although Einstein’s theory is well established, it has to be critically analysed and the new results would definitely emerge, a beaming Sharma added.

RedmiBook 14 Gets More Affordable With New Intel Core i3, Onboard Graphics Variants

SEOUL: A South Korean university is testing a sedan that can pick up and transport passengers without a human driver, giving a glimpse into the future of autonomous public transport. Seo Seung-Woo, director of the Intelligent Vehicle IT Research Center at Seoul National University, said the university has been testing the driverless taxi to transport […]

Researchers have created the first-ever ‘growth chart’ for Milky Way, which shows how our galaxy grew from its infancy to the bright spiral galaxy we see Monday. The chart uses the ages of more than 70,000 stars and extends halfway across our galaxy to 50,000 light-years away. “Close to the centre of our galaxy, we […]