After winning big in Hollywood at the Golden Globe awards, Amazon is now looking toward the nation’s capital. On Tuesday, the website will stream President Barack Obama’s final State of the Union address. 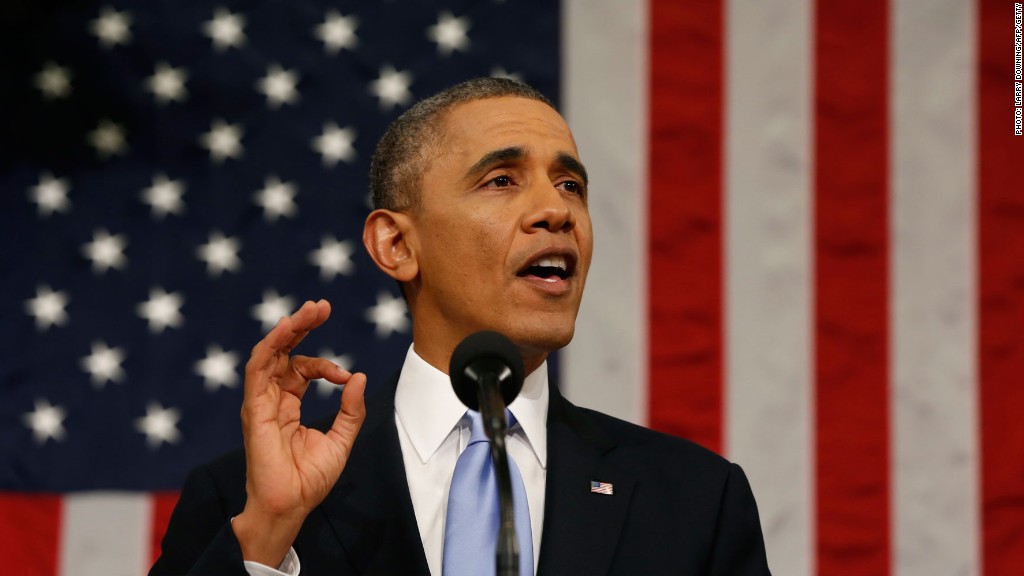 “For the first time, this year SOTU will be available to stream on-demand on Amazon Video,” wrote Jason Goldman, the White House’s chief digital strategy officer, on Medium.

The speech will streamed live, and then will be made available to stream on-demand for the rest of the week. Amazon will also release the text of the speech with line-by-line annotations created with Genius.

“So, for those who’ve cut the cord from cable and network TV: Whether you use a smart TV, web browser, mobile device, or tablet there’s a way for you to watch the President’s speech as it happens and on-demand,” Goldman wrote.

The first president to stream his State of the Union address? That would be George W. Bush in 2002, three years before YouTube was launched.

Now the speech will be shown on the major TV networks, as well as on NBCNews.com, YouTube, WhiteHouse.Gov and Amazon Video. The White House also started a Snapchat account to share “behind-the-scene images of the speech,” according to the Associated Press.

The White House has said that Obama will talk about the economy, climate change, healthcare reform and foreign policy in the final speech of his two terms as president. On the following Friday, Obama will sit down with three popular YouTube personalities for a live interview.

Microsoft, Google, Others Dial Up the Competition to Counter Dominant Amazon

A group of cloud computing companies is taking aim at Amazon.com’s dominant Amazon Web Services by offering free or deeply discounted rates on moving data between their cloud services. The Bandwidth Alliance, as the group calls itself, launched on Wednesday and includes large cloud computing firms such as Microsoft’s Azure and International Business Machines’ IBM Cloud, as well independent firms such as […]

ShopInSync Inc, India’s first comprehensive and connected shopping platform, on Wednesday tied up with Lava, a leading smartphone company to offer selection and easy price comparison via an integrated messaging service on 10 Lava smartphones. “We are delighted to partner with Lava and bring ShopInSync to millions of Indian consumers via Lava’s upcoming 4G smartphones,” […]

Netflix drew fire from human rights activists Wednesday after agreeing to block an episode of a satirical comedy show from its service in Saudi Arabia over comments critical of the kingdom and its crown prince. In the episode of “Patriot Act with Hasan Minhaj,” the American-born Muslim lashed out at the kingdom over the October […]