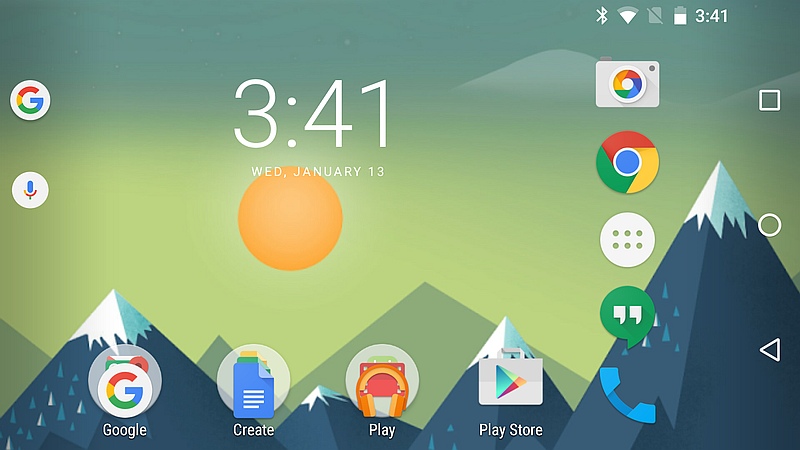 Google on Wednesday rolled out v5.8.45 of Google Now Launcher to those who are in Google’s Beta testing channel. The major changes introduced in the update were home screen landscape orientation and app normalisation. However, the firm later rolled out a minor update v5.8.47 in which it removed the app normalisation feature.

The landscape orientation in the latest Google Now Launcher version was first seen in Android M previews but was pulled in the final version. Users can activate the option by switching on the ‘Allow rotation’ option in the Settings menu of the launcher. When enabled, the launcher will able to rotate the home screen, app drawer, and Now card vertically. In addition, the landscape mode also brings an extra column of apps in the app list.

As spotted by 9to5Google, the update also included some bugs. In Nexus 5X, the landscape view showed a huge gap between the app favourites tray and the on-screen button. In some cases, the on screen buttons did not get greyed. In addition, a new animation now shows-up while activating and exiting from the Google Now on Tap feature.

The search giant also introduced the app normalisation feature, which aligns the size of all the apps on the home screen and the app list to make it look consistent. Google has already set guidelines for developers. However, some don’t follow the rules and as a result some app icons appear bigger/ smaller than others. We are yet to see when Google rolls out the update for its Google Now launcher to general users. For those keen to try the version, they can manually download and install it via the Google-signed apk via APK Mirror.

Microsoft, Google, Others Dial Up the Competition to Counter Dominant Amazon

A group of cloud computing companies is taking aim at Amazon.com’s dominant Amazon Web Services by offering free or deeply discounted rates on moving data between their cloud services. The Bandwidth Alliance, as the group calls itself, launched on Wednesday and includes large cloud computing firms such as Microsoft’s Azure and International Business Machines’ IBM Cloud, as well independent firms such as […]

Qualcomm Targets Wi-Fi Market in Push to Expand Beyond Phones

Qualcomm on Tuesday announced a new range of Wi-Fi chips designed to work with Wi-Fi 6, the newest version of the technology and one that Qualcomm hopes will help boost sales of its separate 5G chips. Qualcomm is the biggest supplier of mobile phone chips but has been looking to expand beyond that as the global phone […]