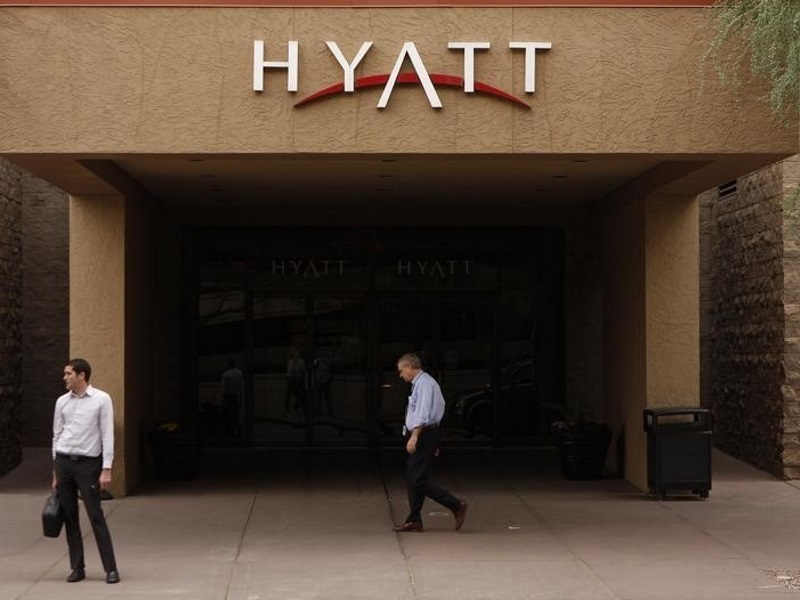 The hotel operator listed affected locations worldwide and the period when they were at risk, on its website.

“We do not know the number of customers affected at this time,” company spokeswoman Stephanie Sheppard said in an email.

Hyatt said on Thursday it identified unauthorized access to data on cards used at certain Hyatt-managed locations, primarily its restaurants.

The company also said the “at-risk window” for a limited number of locations began on or shortly after July 30.

The malware was designed to collect data such as cardholder name, card number, expiration date and internal verification code, the company said.

Hyatt said it has notified the appropriate country and state regulators and is working with the US Federal Bureau of Investigation.

Shares of Hyatt closed down 3 percent at $38.67. Up to Wednesday’s close, they had lost about a fifth of their value since the data breach was announced.

Hyatt said it has arranged an identity protection and fraud detection firm to provide one year of free services to affected customers.

The company disclosed in December that its payment processing system was infected with malware but did not mention how long its network was infected.

Hyatt, controlled by the billionaire Pritzker family, is the fourth major hotel operator to warn of a breach since October.

5 Trends for the Future in Geographic Information Systems

SAN FRANCISCO: The alliance between automakers Renault and Nissan will launch more than 10 cars with self-driving technology over the next four years in the United States, Europe, China and Japan, the partnership’s leader said. The alliance also said it hired technology executive Ogi Redzic to lead its connected car efforts as senior vice president […]

Things To Consider When Choosing The Telephone Service For Your Business

There are a number of things that must be decided upon before getting a business up and operational. One of the most important of these is which type of telephone service best fits my business needs. Do you need a full-service setup with phones on every desk or will you be need something more flexible […]