North Korea’s homegrown computer operating system mirrors its political one, according to two German researchers who have delved into the code: a go-it-alone approach, a high degree of paranoia and invasive snooping on users. 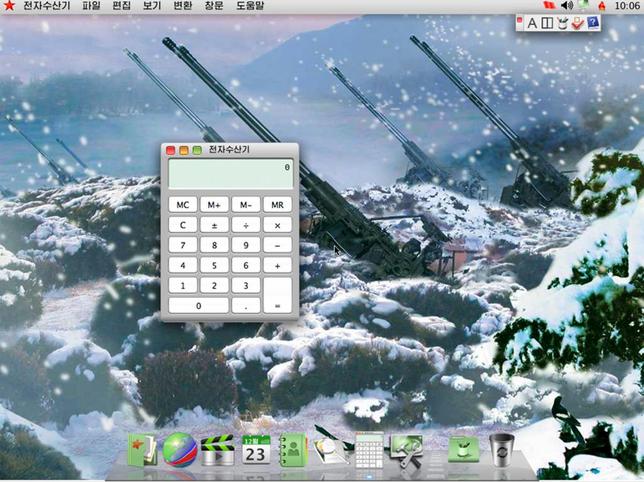 Their research, the deepest yet into the secretive state’s Red Star OS, illustrates the challenges Pyongyang faces in trying to embrace the benefits of computing and the internet while keeping a tight grip on ideas and culture.

The researchers, Florian Grunow and Niklaus Schiess of German IT security company ERNW GmbH, spoke to Reuters before presenting their findings to the Chaos Communication Congress in Hamburg on Sunday, a gathering of hackers and security researchers.

The operating system is not just the pale copy of western ones that many have assumed, they concluded after downloading the software from a website outside North Korea and exploring the code in detail, “(Late leader) Kim Jong Il said North Korea should develop a system of their own,” said Grunow. “This is what they’ve done.”

North Korea, whose rudimentary intranet system does not connect to the outside Internet but allows access to state media and some officially approved websites, has been developing its own operating system for more than a decade.

This latest version, written around 2013, is based on a version of Linux called Fedora and has eschewed the previous version’s Windows XP feel for Apple’s OSX — perhaps a nod to leader Kim Jong Un, who like his father has been photographed near Macs.

But under the hood there’s a lot that’s unique, including its own version of encrypting files. “This is a full blown operation system where they control most of the code,” said Grunow.

This, the researchers say, suggests North Korea wants to avoid any code that might be compromised by intelligence agencies.

Amazon.com on Wednesday launched a microchip aimed at so-called machine learning, entering a market that both Intel Corp and Nvidia Corpare counting on to boost their earnings in the coming years. Amazon is one of the largest buyers of chips from Intel and Nvidia, whose semiconductors help power Amazon’s booming cloud computing unit, Amazon Web Services. But Amazon has started to design […]

Why Linux Is The Best OS For Computer Science Students

Let’s assume you are planning to major in computer science or you are already into it. Which one should be your primary OS between Windows and Linux? Some people will advocate for Windows while others for Linux. Instead of throwing you into another round of unending debate, I am going to outline solid reasons why […]

How to use Pushbullet to become a notifications guru

With our world getting more dependent on smartphones, it was only a matter of time before an application came around that would have the ability to transfer mobile notifications to the desktop. Pushbullet does this and more, with the ability to send and receive notifications from virtually any device as well as use the app […]