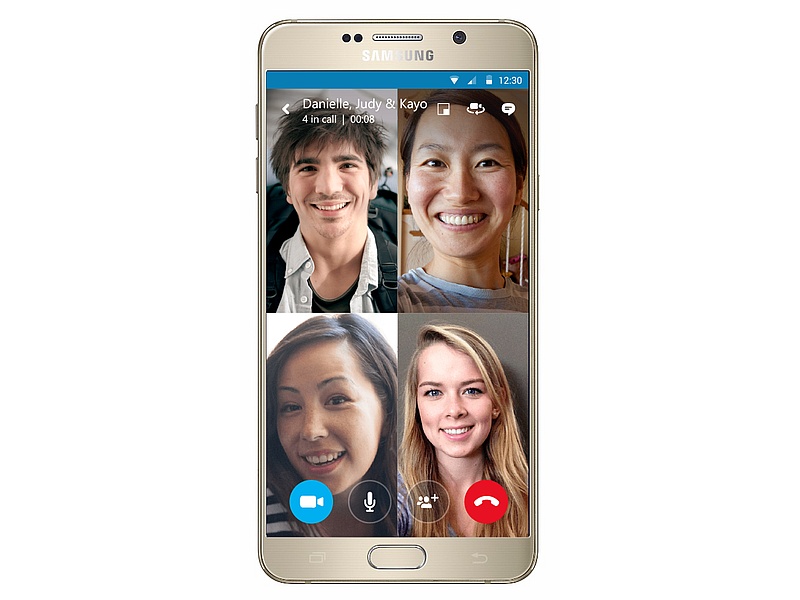 Marking its 10-year anniversary, Microsoft’s Skype team on Tuesday announced that it has introduced the group video calling feature to everyone on Android, iOS, and Windows 10 Mobile. Skype already supported group video calls but only for those who opted for Skype for Business. The feature is now available to non-subscribers as well.

The feature can be used free of cost and will be rolled out to users in the ‘coming weeks’. However, for those who want to preview the group calling feature, they can sign-up by submitting some details.

The Skype group video calling service lets up to 25 users share a video call on desktop. However, the popular VoIP service is not the only one sporting such kind of feature. Rival apps such as GoogleHangouts also supports group video calling for up to 10 users. Line (with Popcorn Buzz), Viber, WeChat, and other popular chatting apps also have the feature. Hike in September last year introduced group audio calling feature, letting up to 100 people to talk to each other in a group call. Other popular chatting applications such as FaceTime and Facebook Messenger are yet to receive the feature.

Gurdeep Pall Singh, the Global Corporate Vice President of Skype in the company blog post added that in 10 years Skype users have generated nearly 2 trillion minutes of free Skype video calls. “In fact, with that amount of time, you can use Skype to read to every child in the world for 10 hours, every family can be together over Skype for more than 7 hours and there’s still time left for the entire world’s workforce to have an hour-long interview via Skype,” he said.

Why you can’t have everything: The Netflix licensing dilemma

It’s finally happened. Netflix is putting up its digital fences andcutting off VPN users from accessing content from its international catalogues. That means customers in the UK, Australia, US and elsewhere will no longer be able to circumvent ‘geoblocks’ and tap into Netflix’s international library of movies and TV shows, and instead will be forced […]

Internet set to cut cord with US government this year

A plan to end a key US government oversight role on the Internet is on track for completion this year, the head of the online address gatekeeper said, in a symbolic move towards asserting the independence of the web. While the transition will not change how the Internet works, it would help reassure users, businesses […]

India to Have Over 800 Million Smartphone Users by 2022: Cisco