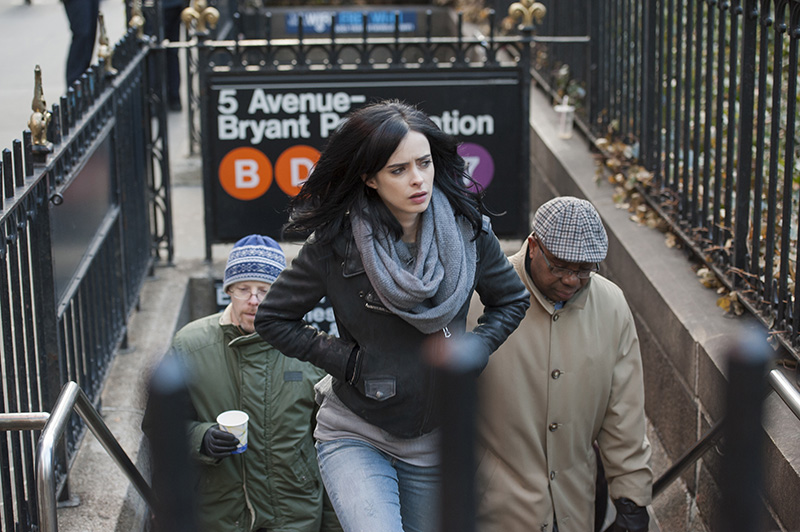 Jessica Jones, the second collaboration between Marvel and Netflix starring Krysten Ritter as the show’s eponymous lead, will get a second season on the streaming service, the company’s head of content acquisition Ted Sarandos announced at the Television Critics Association press tour on Sunday.

The Marvel drama premiered back in November to generally positive reviews from all around, with creator and writer Melissa Rosenberg commended for the show’s portrayal of women. It landed Ritter a nomination in drama’s best actress category at the Critics’ Choice Awards, and gave Marvel a successful second entry after April’s Daredevil – also on Netflix – as the studio looks to expand its influence into television.

Daredevil itself is set for a second season in March this year, and will be followed by series for Luke Cage (Mike Colter) who was introduced in Jessica Jones; and Iron Fist, who is yet to be cast. After that, Marvel intends to bring all four of them together for a mini-series titled The Defenders. There are also rumours of a spin-off series starring Jon Bernthal of The Walking Dead fame as The Punisher, who is set to appear in Daredevil’s Netflix return.

Netflix also provided premiere dates and production news for a whole host of original programming during its presentation. Unbreakable Kimmy Schmidt, the surprise hit comedy, will have its second run on April 15. While the fourth season of Orange Is the New Black will arrive on the service on June 17, Sci-fi dystopian tech anthology series Black Mirror will have a season run of 12 episodes, with Charlie Brooker still at the helm.

Britain’s Information Commissioner has referred Facebook to Ireland’s data watchdog, the lead authority for the social network under Europe’s strict data law, over issues regarding the way it targeted and monitored its users. Britain’s Information Commissioner has been investigating how Facebook handled personal data after a consultancy Cambridge Analytica was accused of improperly harvesting information from around 87 million […]