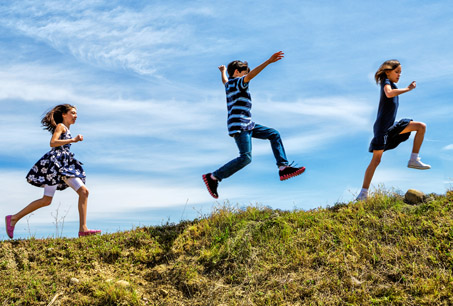 The odds of children having a genetic condition which causes learning difficulties and tumours have been dramatically cut, thanks to genetic analysis led by The University of Manchester and Central Manchester University Hospitals NHS Foundation Trust

Writing in the journal EBioMedicine, the researchers have identified the underlying genetic mutation which causes neurofibromatosis type 1 (NF1). By RNA testing 361 patients, the researchers were able show that the probability of a child having the severest ‘constitutional’ form of the condition after negative genetic testing is not 6 in 9, but 1 in 9.

Professor of Medical Genetics and Cancer Epidemiology at The University of Manchester and Saint Mary’s Hospital, Gareth Evans, led the study. He said: “The severe form of NF1 can be a terrible illness and to be able to reassure parents that it is less likely that their children will be diagnosed with it will take a significant weight off their shoulders.”

NF1 is currently diagnosed by the identification of six or more birthmarks, known as café au lait spots, on the body. In severe cases there is a ten percent chance that people with NF1 develop brain, eye and, extremely seriously, malignant peripheral nerve sheath tumours over their lifetime. Around 60 percent of patients have learning difficulties. MF1 can also cause problems with vision, growth, blood pressure and epilepsy.

Many of these problems only manifest in later life, so parents of children with the café au lait spots are left with a worry that their child has a 66 percent chance of having a potentially severe form.

The new 11 percent figure has been arrived at through the use of RNA testing which is more sensitive than even DNA testing. The University researchers, who are based at the specialist Centre for Genomic Medicine at St Mary’s Hospital, Manchester investigated patients with the six spots which the US National Institutes of Health guidelines recommend as a good indicator of NF1.

The RNA tests were able to identify varying degrees of severity which most often resulted in less serious forms, or to show that patients didn’t after all have NF1.

Professor Evans said: “Before we developed this technique we would have had to follow a large group of children over their whole lives to come up with accurate probabilities – something that is just not possible with the resources we have at our disposal.

“We still need to study children to see if they are at risk of other health complications, but it is reassuring to be able to clear the vast majority of severe NF1 using RNA tests.”

Dr Tim Corn, Chair of the Board of Trustees of The Neuro Foundation, the UK charity for people with Neurofibromatosis said: “We welcome this advance in genetic research that goes some way to address the anxieties felt by many parents with NF1 in their family. As NF1 is both unpredictable and variable, parents describe it as like sitting on the edge of a volcano waiting for it to erupt. Clearly there is still some way to go but this new test will bring clarification and some peace of mind for many worried parents. This is very timely news ahead of World NF Awareness Day on May 17.”

The paper, ‘Comprehensive RNA analysis of the NF1 gene in classically affected NF1 affected individuals meeting NIH criteria has high sensitivity and mutation negative testing is reassuring in isolated cases with pigmentary features only’, was published in the journal EBioMedicine.

Vinpocetine-An Overview on the Supplement

Vinpocetine is a supplement that is taken from the plant which is named as Periwinkle. This plant is usually found in Central Europe and some parts of the Southern region also. It has been used from the olden times as a natural remedy for many diseases. It is proved that there are almost 50 alkaloids […]

In the area of nano photonics, scientists for the first time succeeded in integrating a laser with an organic gain medium on a silicon photonic chip. This approach is of enormous potential for low-cost biosensors that might be used for near-patient diagnosis once and without any sterilization expenditure similar to today’s strips for measuring blood […]

Choosing the Right Diaper Brand for Your Baby

Inarguably, the spurt in the growth of a baby makes it the prerogative of parents to choose the right brand of diapers which promises a good fit,supporting all the stages of their baby’s physical development. In line with the common belief that every baby is unique it is an important decision to come up with, […]