Years ago, business across countries evolve and adjust on the current economic and political landscape of the time. One example here is the dawn of civilizations across the world haveshaped the business of farming. As the early humans began traveling across different nations in search of greener pastures, ideologies were exchanged along the way. A number of humans grew over time, meaning the resource for food must be divided across growing population. Having seen this, they shifted their mindset of “greener pastures” to “settling down” to support the growth of population. This created the first business trend from the hunt-eat consumer mentality to hoarding-farming trend on that era. 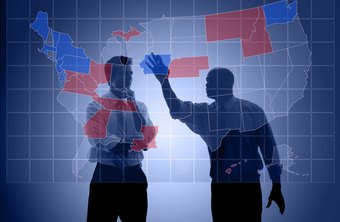 As the evolution of humankind took place, political ideologies evolved with them. Monarchs across the world exchanged ideas and resources, even to the point of conquering vast lands, produced the trends of feudalism. This trend of businesses conducted across business and nations introduced taxation which is dependent on the economic stature of its citizens.

This era is no different. Ideologies change and so is business trends. For the past few centuries, we have seen the industrial revolution and today the digital age. As this concept shaped the modern human, it will surely follow political changes in the system. This prompted the rise of consumerism and a capitalist mindset of businesses worldwide. The digital age we are in today has opened a new floodgate of business trends. As the flow of information being distributed as fast as in the microseconds, the boundaries are endless. Never have we witnessed the growth of startups across countries and traditional centralized manufacturing to have gone local. The effect of these has made global goods and services readily available to countries’ local doorsteps in the fraction of the cost. Notwithstanding each countries’ economic policy for business, the digital age has pushed the geopolitical landscape of policy making back at its heels.

Though presently these trends of have taken shape, we have continuously pushed the boundaries of political and economic ideologies. Latest of which is the BREXIT phenomenon followed by the Trump’s economy of America first. The former has pushed the geopolitical landscape of European countries struggling to control the Euro and its repercussions. This has pushed the ideology of nationalism and isolationism that has candidates of European countries echoed the thoughts of it citizen’s lack of enticement on globalism’s benefits. Trump’s rhetoric, on the other hand, on tax cuts and infrastructure spending, not to mention his concept of bringing manufacturing back to America, will surely push the way business is made in the largest economy on the globe. This news about Donald Trump has brought a lot of issues into the hype; US-China relations to name a few. China being one of the biggest economies in the world and one of the contributors in US productions will be greatly affected by this direction. US stock market has shown volatility on Trump’s 100 days, however, businesses across the US has adjusted in their own organization, like diversity and big data analytics, to regain control on the political shift. Many businesses needed to shift to a different mindset upon the installation of Trump as president.

Attention on both the political landscape of each country and the growth of economic principles will go together. To measure the upcoming trends on the bias of one will not be the basis of business trends moving forward. It will be based on the mindset that these two concepts will be critical on the business trends of tomorrow. As we continue to push boundaries of a more free and open world, the way we continue to interact, in policy making and do business with each other will further develop.

What is Agile Business Analysis Training about?

It is the competitive professional and business ambiance. In order to survive in this environment, you should possess right and unique skills that can enhance your career aspects and get you the first preference. If that is the case, you have to do a course on agile business analysis training. This course is actually designed […]

Every company should be striving to streamline their operations and increase their revenue. This is true no matter how successful and developed the business already is. Every company from the smallest start-up all the way to the biggest corporation should shoot for progress every day. If a company isn’t growing and trying to get better […]