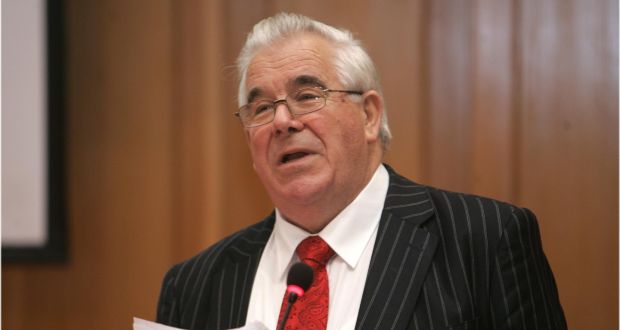 John Coolahan, emeritus professor of education at NUI Maynooth, who has died aged 77, was the premier authority and one of the most influential shaper of government policies in Ireland for over six decades in all sectors of learning.

Soft-speaking “Johnny”, as he was called, was a tall burly man with a gift of reconciling people of divergent views and interests at committee meetings. He was valued by successive ministers, from Mary O’Rourke to Ruairí Quinn, for his unrivalled erudition on the history of Irish education and his fresh vision of anchoring Irish educational reform on the three principles of partnership, pluralism and equality, as distinct from the neo-liberal path taken in most other western countries since the era of Margaret Thatcher and Ronald Reagan.

A prolific writer, he also exercised huge influence internationally through undertaking OECD reviews of education systems in 10 countries; consultancy work for the World Bank and the Council of Europe and he served as vice-president of the European Commission’s Consultative Group on Education.

Born in Tarbert, Co Kerry, he attended the local national and secondary schools, the latter, St Ita’s, bringing him under the formative influence of its exceptional principal, Jane Agnes McKenna, who introduced him to French dramatists Corneille and Racine as well as poets Lamartine and Baudelaire.

After graduating in 1951 as a primary teacher at St Patrick’s College, Drumcondra, Dublin, he taught for four years, while acquiring a BA, H Dip and an MA in English at UCD, which qualified him as a secondary teacher.

In the early 1970s, Coolahan extensively researched at Trinity College the history of education, adding M Ed and PhD theses which laid the foundations for his subsequent international eminence and authorship of five books, including Irish Education, its History and Structure, and more than 120 articles in Irish and international journals.

In 1971, he was appointed lecturer at Carysfort College, where he charted the way for a three-year B Ed degree to replace the two-year national teacher qualification.

Joining the staff of UCD education department in 1974, he was a founder member and later president of the Educational Studies Association of Ireland, and a long-serving member of the International Standing Conference for the history of education.

After he became professor of education in Maynooth in 1987 he was involved in high-level initiatives such as the 1991 OECD review of education in Ireland, the 1992 Green Paper Education for a Changing World, the National Education Convention of 1993-94, the 1995 White Paper Charting our Education Future, leading to the landmark Education Act of 1998.

Throughout his lifetime, he remained committed to promoting the arts in education. In addition to his early work with the Seagull theatre, he was chair of Team Educational Theatre from 1984-1992, Ireland’s only full-time theatre in education company. He was a board member of the ARK Cultural Centre for Children from 2005-2017. In 2013 he was asked by ministers Jimmy Deenihan and Ruairí Quinn to act as chair of the implementation group for the Charter for the Arts in Education. He pursued this work with great energy and the charter led to the establishing of the Creative Ireland programme in late 2016.

A recipient of many awards and honours, he was proud of his membership of the Review Body on Education in Northern Ireland from 2001-2, and he particularly treasured being presented in 2014 with an award for services to education in the North and South by the Nobel laureate John Hume.

Coolahan’s connections with Kerry always remained very close to his heart. His passionate interest in Kerry football was equalled by his love for his native Tarbert. He was continually involved in initiatives in Tarbert, and led some of these himself, including a video documentary Images of Tarbert, a commemorative plaque for Thomas McGreevy, and the launch of Tarbert’s heritage trail on the Wild Atlantic Way.

He is survived by his wife Mary, daughters Marie-Louise, Iseult and Deirdre, and son William.

Education is changing as the world evolves with access to new information and opportunities. Children are being prepared for future careers at an early age, all while learning the basics and having fun with it. With the involvement of the local community, young students can truly flourish in ways previously unheard of. Supplemental Learning Tutoring […]

Speaking at the ETF conference Skills for the Future: Managing Transition, Cesare Onestini said: “Challenges like globalisation and digitalisation are obvious to all by now, but solutions are not. Responses vary from country to country and region to region, according to their specific context. “But in a globalised world, we must work together to create solutions that are […]