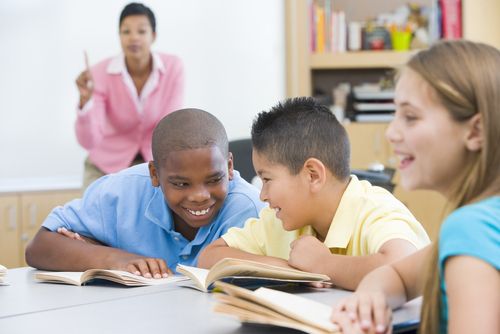 As the title suggests, the article makes two arguments: (1) The Obama Administration’s aggressive application of disparate impact theory to school discipline, is a bad policy; and (2) It goes beyond the scope of the federal government’s authority too.

I’ll discuss the second argument in another post. Right now, let me give you a taste of the first.

During the Obama Administration, one of the Department of Education’s primary missions was to stop schools from suspending or otherwise disciplining African American students at higher rates than white or Asian American students:

… One of its primary strategies would be for its Office for Civil Rights (OCR) to pore over statistical evidence from every school district, looking for evidence of racial disparate impact in discipline. When a school district was found to be disciplining African-American students at a significantly higher rate than Asian or white students, the school district could expect to be subjected to an investigation. As one media report put it, rather than waiting for “cases [to] come in the door,” the Obama Administration “plans to use data to go find [civil rights] problems.”

School districts wishing to avoid costly investigations would need to avoid the kind of disparate impact that would attract OCR’s attention. The easiest and safest strategy would be clear: Reduce suspensions for minority students in order to make your numbers look good.

The first half of the article examines both empirical evidence and opinions from teachers indicating that things are getting worse in schools as a result of the push to stop disparate impact in discipline. In addition, it discusses a poll showing that a healthy majority of teachers oppose the Obama Administration’s school discipline policy.

Also in the first half, the article examines (and rejects) studies cited by the Department of Education for the proposition that disparate impact in discipline is the result of discrimination rather than differences in actual behavior. Instead it cites to better-designed studies leading to the opposite conclusion.

So far, the Trump Administration has left the Obama-Era Dear Colleague Letter on school discipline in place.

Preschool. Secured funding to provide free preschool to 1,300 additional low-income children starting in 2016. Pledges to add 10,000 more slots in 2019-21 state budget. “Ninety percent of brain growth happens in first five years.” Teacher pay and benefits. Says pay should be increased and all pension benefits left intact. “These are hard-working people. They give the […]

There are many domains where the prewar Imperial Rescript on Education could be used in a moral education class or elsewhere if given a contemporary twist, the new education minister said during his inaugural news conference. Masahiko Shibayama said he believes the rescript, issued in 1890 in the name of Emperor Meiji, has elements with […]

Months after it swept to power, Ontario’s new Progressive Conservative government has quietly rolled out what it’s calling an “unprecedented consultation” on the province’s $29-billion education system. The chances for input, which will take a variety of forms, including phone town halls and emailed submissions, are the result of Premier Doug Ford’s election campaign pledge […]