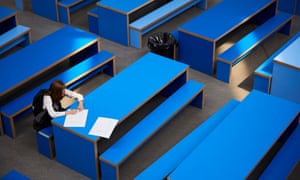 A rush to set up academies is leaving hundreds of schools ignored by inspectors amid mounting costs for the taxpayer, parliament’s spending watchdog has found.

The public accounts committee has concluded that escalating problems in the sector have left civil servants scrambling to change how they examine prospective academies’ financial viability and sponsors’ ability.

In a highly critical report released on Wednesday, MPs said they were worried that the Department for Education has not yet learned the lessons from high-profile academy failures that have been damaging children’s education.

It followed an analysis by the National Audit Office in May that showed more than 1,600 schools had not been inspected for six years or more and, of those, almost 300 had not seen an Ofsted inspector for at least 10 years.

Operators of dozens of academies have declared that they are struggling during this academic year.

Meg Hillier, the chair of the committee, said the government’s haste in pushing ahead with academisation has come at a high cost.

“Oversight of the sector has become confusingly complex, which can place unnecessary burdens on schools and risks weakening decisions in the conversion process,” she said.

Converting local authority schools into academies is a central plan of the government’s education policy, with all schools since 2010 allowed to apply for academy status with more freedom over areas such as the curriculum and staff pay.

The report said the department’s policy for converting schools to academies is unclear, adding that the full cost of conversion is also unclear, while the department has not learned lessons from high-profile academy failures.

LOWELL, Mass. – A team of UMass Lowell students, graduates and researchers working to stop young people from joining terrorist organizations has been awarded $1 million from the U.S. Department of Justice to support that goal. Operation 250 – named for the number of Americans believed to have left the U.S. to join the Islamic […]

All Maine children ought to have access to a quality education system that teaches critical life skills and sets students on a path to success. It’s essential to building a strong generation of Mainers and ultimately a stronger state. Proficiency-based education has been around and in our classrooms for a long time, but this new […]

The Most Cherished Skills That Students Need to Succeed As Doctors

More and more students look forward to embark on a career in medicine and the reason is well known. Unlike many other professions, a good medical practitioner has the potentiality to earn huge amount of money simply by offering his or her services to needy patients at a certain cost. But, the important thing is, […]