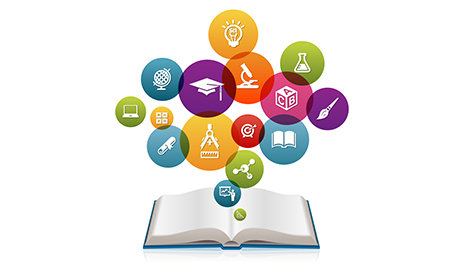 This week, the Office for National Statistics published a detailed set of suggestions for the accounting treatment of student loans – a seemingly arcane issue which has potentially huge ramifications for the political debate around education.

One of the first things to note is the sharp rise in the volume of loans being made, from £6.3bn in the financial year ending 2011, to £16.7bn in the last financial year. This follows a trebling of tuition fees in 2012. Loans made from that year onwards on have higher interest rates, and so the recent rise in interest accrued on student loans is even more striking.

The ONS outlines four alternative methods to recording student loans in the government’s accounts. But its most concrete suggestion relates to the sale of loans, of which several more are expected over the coming years (the initial sale was seen to have launched a new market):

“One area of the current accounting treatment that might merit changing ahead of any wider improvements to the accounting for UK student loans is in relation to the sale of those loans. Current international discussion have identified relatively strong support for recording a government expenditure at the point of sale to reflect the fact that government by selling the loans is crystallising a loss on the full nominal value of those loans.”

One of the advantages for student borrowers in the UK, as opposed to the US, is that the loan balance is written off after a fixed period of time (such as 25 or 30 years). Under current accounting conventions, the losses on student loans do not materialise in the national accounts until the outstanding balance is written off.

The November loan sale, in which £3.5bn of face value loans were sold for just £1.7bn, came at a price much lower than the implied book value of the loans (as the FT reported at the time). But in spite of this “loss”, the budget deficit was not impacted. Andrew McGettigan has covered some of the decisions surrounding this issue in depth here.

Another complication from that sale was its perverse impact on public sector net debt, a measure which is not reduced by the government’s holdings of student loans, but is reduced upon their conversion to cash (even if at a loss). Taken together, the government is able to sell student loans without appearing to have compromised the various metrics it uses to publicise its fiscal competence.

This question of when the government takes a “loss” on education (or, more neutrally, “pays for” the subsidy it provides for higher education), applies not just to sales of loans, and with it the establishment of a private market, but to the entire student loan system, which dates back to 1990.

Interest accrued on loans – which rises sharply in the chart above – counts as income for the government, even though this interest is simply increasing the outstanding balance on a given loan. A borrower might be well below the threshold at which repayments start, and unlikely to ever repay the principal, let alone the interest.

The Treasury Committee’s inquiry into student loans, published in February this year, has this to say on the accounting rules:

“Due to the National Accounts accounting rules, there is no impact on the deficit when student loans are issued. As such, shifting the vast majority of all higher education spending into loans that are written off in 30 years has shifted nearly all higher education spending out of the deficit. Policy decisions taken today will have no impact on the public finances for the next 30 years. Based on the current RAB charge, £6–7 billion of annual write-offs are missing from the deficit. This figure is approximately equivalent to excluding the entire NHS capital budget from the deficit.”

The general government deficit was just over £40bn in the year ending March 2018.

These criticisms were echoed in a House of Lords report last month. Lord Forsyth of Drumlean, Chairman of the Economic Affairs Committee today welcomed the ONS suggestions, and added:

“It is also welcome that others have now recognised, as we show in our report, the pyramid of fiscal illusions in the treatment of student finance in the national accounts which flatters the deficit.”

The value of outstanding loans reached £105bn in March this year. By the middle of this century, it is projected to reach £330bn. The House of Lords report pointed out the amount of student loans expected to not be repaid will rise from 30 per cent to between 40-45 per cent.

This is the juncture at which two themes meet. One is a long-term reform of higher education funding, part of which involves replacing direct taxpayer funding for the sector with a more indirect system, in which credit, subsidised by as-of-yet unknown amounts of taxpayer money, is provided to students. The other is a post-crisis obsession with the deficit, as part of the perceived political capital to be gained from signalling greater control over government finances.

Reforms to the higher education sector, such as a higher reliance on student loans, have made the government’s spending on education less transparent during a time when fiscal scrutiny has supposedly been the highest. The rise in tuition fees came alongside cuts in other state funding for universities, but it is unclear at this stage if the approach will actually save the government money or not, given the growing size of, and uncertain subsidies for, the outstanding loan book.

The question is now the transmission mechanism from obscure accounting tweaks to policy perspectives. If the by-now heavily politicised deficit is impacted by a change in student loan accounting rules, the debate around education, and how much funding it should receive, could change overnight.

Speaking at the ETF conference Skills for the Future: Managing Transition, Cesare Onestini said: “Challenges like globalisation and digitalisation are obvious to all by now, but solutions are not. Responses vary from country to country and region to region, according to their specific context. “But in a globalised world, we must work together to create solutions that are […]

UNCW Watson College of Education Dean Van Dempsey has received the 2018 Distinguished Leadership Award from the UNC Chapel Hill School of Education. The award was presented at the 17th annual Alumni Awards Dinner held Oct. 6 at the George Watts Hill Alumni Center in Chapel Hill. Dempsey was honored for his passion for public […]