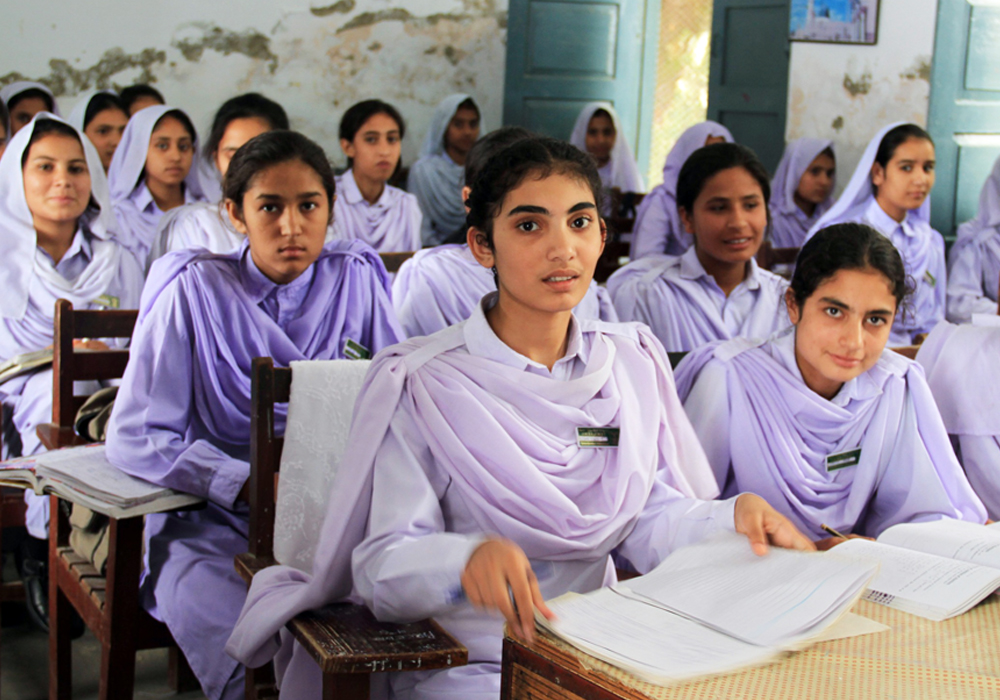 The newly elected government has many challenges to deal with. One of the areas that beckon immediate priority is on health and education particularly that of women. There exists countless evidence on how investing in women’s education and health and paying attention to their employment opportunities and empowerment leads to achieving big dividends in terms of economic development. Leaving the social costs of not educating girls aside, a recent World Bank report has quantified the lost earnings and lifetime productivity of girls not being educated. The report says that limiting educational opportunities for girls and barriers to completing 12 years of education costs countries between $15 trillion and $30 trillion dollars. Interestingly, the study also finds that primary education is not enough and across many indicators, benefits from primary education are limited.

Not only does this number drastically drop for secondary education but the wedge between both the sexes also increases. The enrolment ratio for boys almost halves relative to that for primary education; standing at 50 per cent for boys and 41 per cent for girls. Had all these girls deprived of secondary school education been educated, there would have been a tremendous impact on six important areas; (1) earnings and standards of living, (2) child marriage and early childbearing, (3) fertility and population growth, (4) health, nutrition and well-being, (5) agency and decision-making, and (6) social capital and institutions.

Although education has phenomenally transformative powers on the lives of both girls and boys, but not educating girls is especially costly due to the relationships between education, child marriage, and early childbearing, and the risks that they entail for young mothers and their children. On average, women with secondary school education earn almost twice as much as those with no education at all. Moreover, universal secondary education could virtually eliminate child marriage and also substantially reduce the risk of child bearing before the age of 18, which would be beneficial on many levels — on reducing fertility rates and improving psychological wellbeing. It would also have a positive impact on reducing maternal mortality due to age-related reasons and substantially reduce the risk of under-five mortality and malnutrition for children.

Women’s education is also crucial as it helps give them more agency in the decision-making process in the household. Studies have shown that when women have greater agency in the decision-making process, there emerge better choices for the overall family, especially in terms of health and education. Education would also enable women to better assess the quality of basic services available to them and the institutions behind them. Given the overwhelming evidence of the benefits of women’s education not on an individual but on a collective societal level, driving for higher enrolment rates at the secondary level and its persistence until completion should be one of the top priorities for the new government.

The priorities for education and research in Italy

In Italy, the overriding aim of higher education is to promote the scientific progress of the country and to ensure that all citizens can take part in education and training that will lead to employment. When it comes to higher education in Italy, the key principles are detailed in the Italian Constitution, adopted in 1947. Article […]

The National Testing Agency (NTA) has published the answer keys for all the shifts of JEE Main along with the response sheets and question papers today. The answer key of JEE Main is published in the official website of NTA — jeemain.nta.nic.in. Students who have taken the eligibility test of JEE Mains can match […]

Engineering The Way: JEE Main, GATE And The Decade Of Online Entrance Exams

New Delhi: When the decade began, students wishing to pursue an Engineering programme at NIT or IIIT had to appear for All India Engineering Entrance Exam (AIEEE)  and now that the decade is about to end, students are appearing for a shorter and crisp version that is Joint Entrance Examination (JEE) Main. The objective of […]