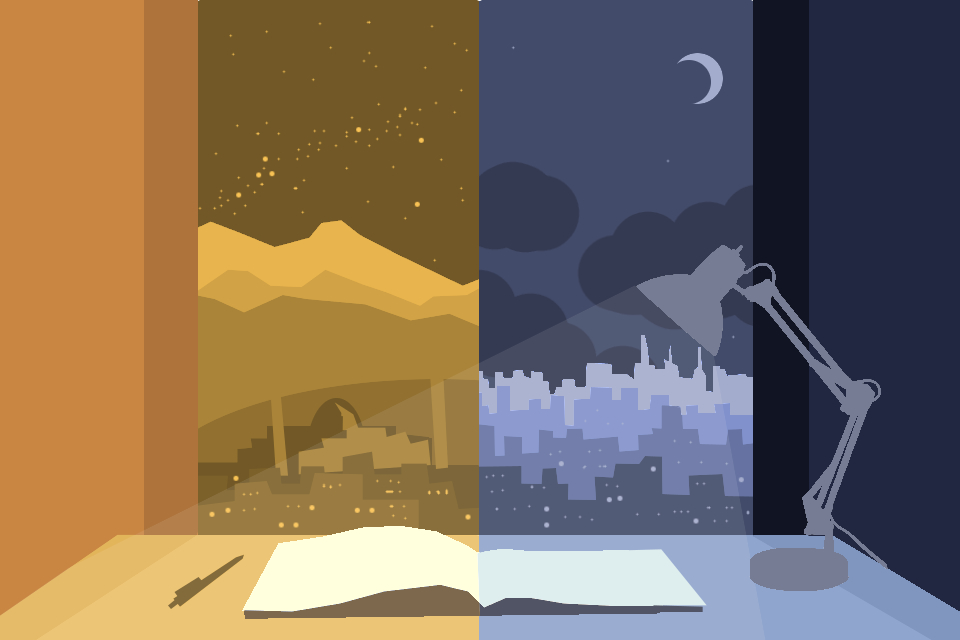 Getting an undergraduate degree from Columbia is hard enough as it is. Getting a doctorate from Columbia, while commuting from Long Island and raising three kids, including a newborn? That sounds almost impossible. But Secretary Madeleine Albright did it, earning her Ph.D. in 1976. Countless late nights, hour-long commutes, and early mornings to get the kids ready for school culminated in the successful defense of her dissertation—it took her 13 years to prepare for it.

Despite the family and the commute, she relentlessly pursued her education just like many of us here at the School of General Studies. We all know that life doesn’t just pause while we attend Columbia—in fact, it gets harder. The kids don’t just suddenly start raising themselves, and the bills don’t just go away. All of the time spent reading the Greek classics while waiting for and commuting on the subway is time that could have been spent with the family or progressing in our original careers.

The hardship of completing a degree is immediate—the payoff takes years to realize. But, like many of our fellow students from all around the world, we know that getting an education is worth it, despite all of the difficulty.

For some, difficulty may mean attending night classes after a full day’s work, dropping off the kids at their school as you walk to yours, or impatiently waiting for the D train as it is inevitably delayed right before a lecture. For others, it could mean getting your education despite living through a lifelong war.

Just seven months ago I was deployed to Afghanistan, helping to run the advisory mission between the Afghan National Army and our U.S. military advisors. To prevent any possible “insider attacks” while meeting with our Afghan allies, young enlisted infantrymen, like myself, would spend many hours sitting in on these meetings, providing security. We were acting sort of like “Guardian Angels,” if you will. And just as we would field our own soldiers to protect our officers, the Afghans would post their own men to guard theirs as well.

And what do two soldiers do, no matter their nationality, to pass the time while the officers drone on and on and on? They talk—well, at least they try to.

Communication between us was difficult. My limited Pashto wasn’t suited for polite conversation (obviously, “stop” and “put your hands up” only goes so far), while their knowledge of English—which only really consisted of “hello” and “thank you”—though courteous, didn’t help much either. Most days would be the same, sitting next to yet another Afghan soldier with whom to try and start a conversation.

These chats never lasted very long, except for one time, when a young-looking Afghan captain approached me. Surprisingly, he fluently introduced himself as the Afghan commander’s communications officer—quickly drawing me into a conversation: Where are you from? What do you think about your time in Afghanistan? What do you hope to do after you get out of the Army? He even spent some time trying to describe to me the great Afghan sport of “buzkashi,” surprised that I hadn’t heard of it (I mean, who has?). He was very curious about my life, and I was curious about his. His English was impeccable, so I just had to ask—where did he learn it?

“At school in Khost City, in eastern Afghanistan!” He proudly told me.

Really, Khost? The provincial city all the way on the Pakistani border?

His answer surprised me since Khost is not one of the bigger metropolitan centers, like Kabul or Kandahar, with nationally-renowned universities and military academies. For years, his province suffered from the violent instability brought on by the Taliban insurgency—its proximity to the porous Pakistan-Afghanistan border left it particularly vulnerable. For as long as he could remember, NATO forces walked his city’s streets and patrolled his countryside in an effort to maintain the relative calm. But it could only ever be so safe.

Yet, despite the hardship of just living in modern-day Afghanistan, he, and thousands like him, made it a priority to pursue their education—in defiance of every reason not to. In a country sadly torn apart by violence and instability, studying English wouldn’t be a high priority for many. But for some—a dedicated few—it is.

In a sense, many of us in GS who have made the decision to pursue a degree, regardless of the strain it puts on the other parts of our lives, are making a similar choice. No matter the circumstances, we will achieve what we started. Even if that means completing our calculus assignments on the subway as we commute into the city, writing our essays about Plato after we put the kids to sleep, or outlining our Literature Humanities papers during breaks at work.

Or, for some like Secretary Albright, it means waking up at 4:30 a.m., before anyone else, just to have some time to focus on our studies—even if it takes us 13 years to finish them.

Parents with special needs children are shelling out more than Dh100,000 annually for their education, excluding the tuition fee they pay for their neurotypical kids. Several parents who have children with autism spoke to Khaleej Times on the financial burdens they are facing as insurance does not cover treatment for their kids. They are demanding […]

Over 100,000 students mobilized in Bogota and major cities in Colombia on October 10, seeking an increase in the budget for public higher education, reassessment of the student debt, financial support for the National Learning Service (SENA), and freezing of enrollments to private higher education institutions. They also demanded that the right to social mobilization […]

In an effort to address the gap in learning and development for Canadian executives, The Ivey Business School has launched The Ivey Academy. This latest restructuring extends its existing offerings to include strategic decision making, talent assessment and leadership coaching, as well as adding a number of new programs designed to address the skills gaps […]