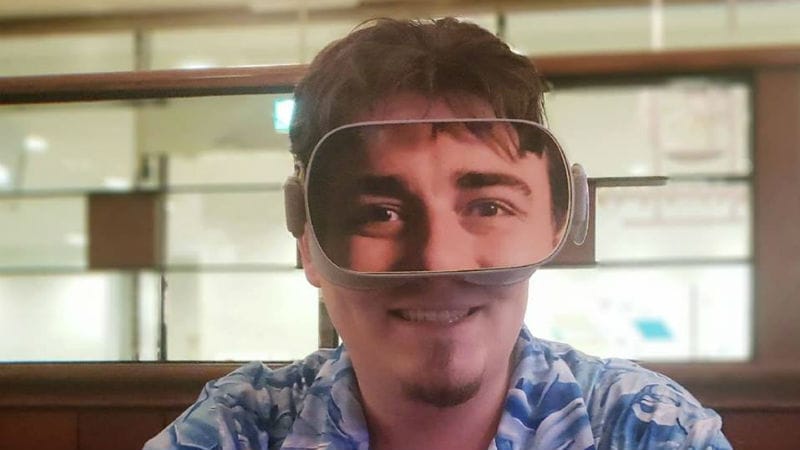 Facebook’s firing of Oculus VR co-founder Palmer Luckey last year was reportedly on the grounds of him supporting US President Donald Trump, a media report has said.

According to a Wall Street Journal report on Sunday, Luckey was asked to leave after he donated $10,000 (roughly Rs. 7,30,200) to an anti-Hillary Clinton group during the 2016 US presidential elections.

“His donation sparked a backlash from his colleagues. Six months later, he was out,” the report added. Facebook had acquired Oculus in 2014 for $2 billion (roughly Rs. 14,611 crores). Luckey never revealed why he left Facebook.

The WSJ spoke with people familiar with the matter, who said Luckey’s support for Trump upset several at Facebook, as well as many in the Silicon Valley.

“Luckey’s ouster from Facebook was a harbinger of battles that have broken out over the past year over the overwhelmingly liberal culture of Silicon Valley, which has given the tech industry public-relations headaches and brought unwanted attention from Washington,” the report noted.

While testifying before Congress about data privacy earlier in 2018 though, Facebook CEO Mark Zuckerberg denied Luckey’s departure had anything to do with politics.

“We always made it clear that any mention of politics was up to Palmer, and we did not pressure him to say something that was not factual or true,” Quartz reported, citing a Facebook statement.

In October, Luckey said his exit from Facebook was not of his own choosing.

“I can’t talk about it too much, but I’ll say that it wasn’t my choice to leave,” Luckey told CNBC.

“So much has happened since the day we founded Oculus in July 2012. I never could have imagined how much we would accomplish and how far we would come. And now, after six incredible years, I am moving on,” Iribe said in a Facebook post.

Several key Facebook executives have quit over the last months.

The Instagram co-founders Kevin Systrom and Mike Krieger left the company in September.

One of them, Brian Acton, told Forbes that Zuckerberg was in a rush to make money from the messaging service and undermine elements of its encryption technology.

India-based startup ENRG on Monday launched a new fitness tracking smart band in the wearable market dubbed Actiwear. The wearable is available from the company website, Shopclues, and Amazon at an MRP of Rs. 2,999. It is available in Red, Blue, and Black colour variants. The wearable device according to the company, is the “world’s […]

Uncharted 4 is a mere three months away. What this means is the marketing machinery at Sony is getting primed for the inevitable burst of activity aimed at making you aware of (if not immediately purchasing) the PS4 exclusive in a series that’s wide perceived as the video game equivalent to Indiana Jones. In a […]