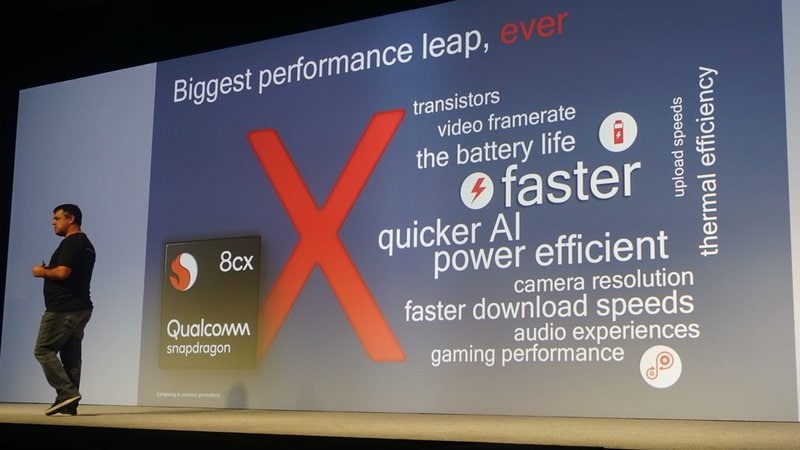 Qualcomm, the biggest supplier of chips for mobile phones, on Thursday pushed further into the PC market with a line of chips designed to power business machines.

Qualcomm’s “Snapdragon” processor chips historically have been at the heart of mobile phones like Alphabet’s Google Pixel phone and many Samsung Electronics Co devices.

Over the past year, though, Qualcomm adapted its chips to operate PCs running Microsoft Corp’s Windows operating system, making those machines start up more quickly and stay connected to the Internet constantly, much like a mobile phone or tablet.

But the chips Qualcomm used in those early PCs were essentially modified versions of the chips it sold for mobile phones. At an event in Hawaii on Thursday, Qualcomm officials said they have created a new series of chips called the Snapdragon 8cx that will be dedicated to PCs.

The biggest difference is the new Qualcomm chips will support Windows 10 Enterprise, the version of Microsoft’s popular operating system that is sold to businesses. Previous Qualcomm chips supported only the consumer versions of Windows, making business customers less likely to purchase computers powered by them.

Qualcomm says Snapdragon 8cx is “currently sampling to customers and is expected to begin shipping in commercial devices in Q3 of 2019”.

Qualcomm’s move puts it in greater competition with chipmaker Intel Corp, which last year still derived more than half of its $62.8 billion in revenue from PC chips and dominates that market. Intel’s association with Windows PCs was so strong that the computer industry referred to them as “Wintel” machines for decades.

Google has faced the cookie privacy issue before, suffering a setback in March Highlights The Circuit Judge said the earlier settlement raised a “red flag” A lower court judge has been directed to revisit the case Google agreed in 2012 and 2013 to pay $39.5 million A federal appeals court on Tuesday struck down Google’s […]

Intel Corp’s strong quarterly profit beat was overshadowed by concerns about slowing revenue growth in its highly profitable data centre business, sending its shares down about 5.6 percent in after-market trading. Chief Executive Brian Krzanich has looked to weather a slump in demand for chips used in personal computers by focusing on the business of […]