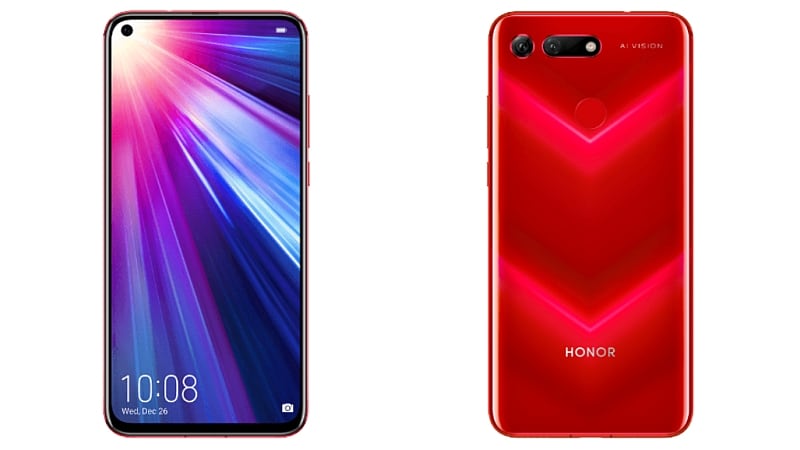 Honor View 20 is set to launch in India on January 29, and ahead of that, IANS has cited industry sources to claim the smartphone’s price in the country. To recall, the highlights of the smartphone – which has yet to be launched but is the global variant of the Honor V20 model unveiled in China – features a 48-megapixel rear camera, one of its highlight features. Another highlight feature is the presence of a hole-punch front camera, in other words, the smartphone’s display bears a cutout for the 25-megapixel selfie camera sensor.

According to IANS, which cites industry sources for the information, the Honor View 20 price in India will be nearly Rs. 40,000. As we mentioned, the Honor View 20 is the global variant of the Honor V20, which was launched in China last month. It will be launched globally on January 22 in Paris, before making its way to India on January 29. It will be available via Amazon India and the HiHonor Store, and pre-bookings on both these platforms will begin on January 15 next week.

Coming to optics, the Honor View 20 sports a 48-megapixel Sony IMX586 sensor with f/1.8 aperture, 960fps slow-motion video recording support, autofocus, AI HDR, and LED flash support. There’s a secondary 3D Time of Flight (ToF) sensor to capture the depth of an image, and can be used for such features as slimming subjects in photos as well as creating 3D avatars of users. At the front, there is a 25-megapixel front sensor with f/2.0 aperture and fixed focus support. Camera features include AI photo, night scene, portrait, fun AR, time-lapse photography, slow-motion, and more. It also ships with the Yoyo virtual assistant.

The Honor View 20 smartphone packs a 4,000mAh battery with support for fast charging as well (4.5V/5A). Confirmed earlier, the Honor View 20 comes with Link Turbo technology that allows the phone to switch between data and Wi-Fi on its own, in order to keep the browsing unaffected and buffer-free. Connectivity options include Bluetooth v5.0, Wi-Fi 802.11 a/b/g/n/ac (dual band, 2.4GHz and 5GHz), GPS/ A-GPS, USB Type-C, and more. It also supports GPU Turbo 2.0 technology for supporting intense gaming sessions. The company is touting AI-based GPS tech with dual-band technology for more accurate positioning. Sensors on board include accelerometer, ambient light sensor, digital compass, gyroscope, and a proximity sensor.

It’s fair to say you’ve come across a ‘Let’s Play’ video in your time spent browsing the World Wide Web. It’s become a phenomenon of sorts in recent years, arguably earning people like Swedish-based comedian and video gamer Felix Kjellberg (read: Pewdiepie) millions of dollars in revenue each year. With its own promotional material featuring […]