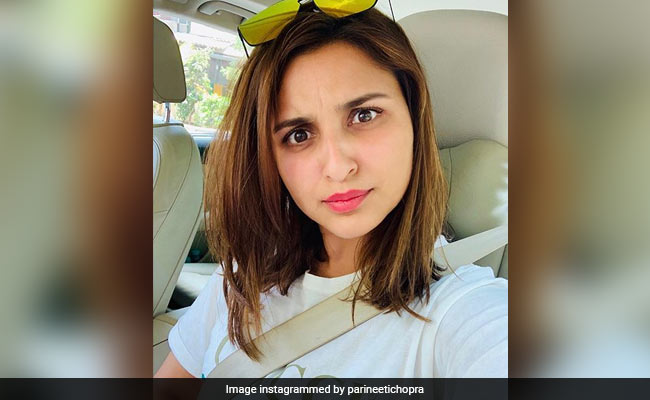 Actress Parineeti Chopra, who is often at the receiving end of Twitter’s criticism, was ridiculed yet again and this time for her comments on Bollywood’s pay discrimination. In a segment named TapeCast on a Film Companion interview, the actress told Sidharth Malhotra that she thinks women stars endorse “more” brands to make up for the pay gap: “Always felt like I deserved a little bit more but I got this much but we do make it up with endorsements. Girls do a lot of endorsements. So, we kind of make it up there. That is why I never talk about it because the boys don’t do as many endorsements as the girls do – and I hope I’m right and not wrong. But we do so many like beauty commercials, hair commercials, I think we kind of cover it up with that.”

Parineeti’s comments on pay disparity didn’t go down too well with a section of Twitter, who condemned her comments and said: “She has lost it.” One Twitter user wrote: “So basically you are working more to ‘make up’ for the lesser pay. She said it herself… But couldn’t hear herself it seems” while another sarcastically commented: “Who cares about pay parity when you can do beauty and hair commercials.”

About 100 million users of Quora were affected by unauthorized access to one of its systems by a “malicious third party,” the knowledge-sharing website said on Monday. Account information, including name, email address, encrypted password, and data imported from linked networks when authorized by users may have been compromised, it said. The company said it is […]

Google Tells US Lawmakers It Is Mulling Options on China Services

Alphabet’s Google unit has told US lawmakers it was considering “a variety of options” to offer additional services in China, but declined to detail plans for addressing Chinese censorship. The company has come under criticism after reports it was considering re-entering China’s search engine market and would comply with its Internet censorship and surveillance policies. In an August […]

Google One Debuts in US With Cheaper Cloud Storage Plans, Additional Benefits

Google One, the paid subscription-only model of Google Drive that is designed to counter Apple’s iCloud with features such as family share, is now available in the US. The new development comes months after Google One was provided through an invite-only beta. Google has promised to bring the new model to more countries over the next few weeks. In the meantime, users in […]