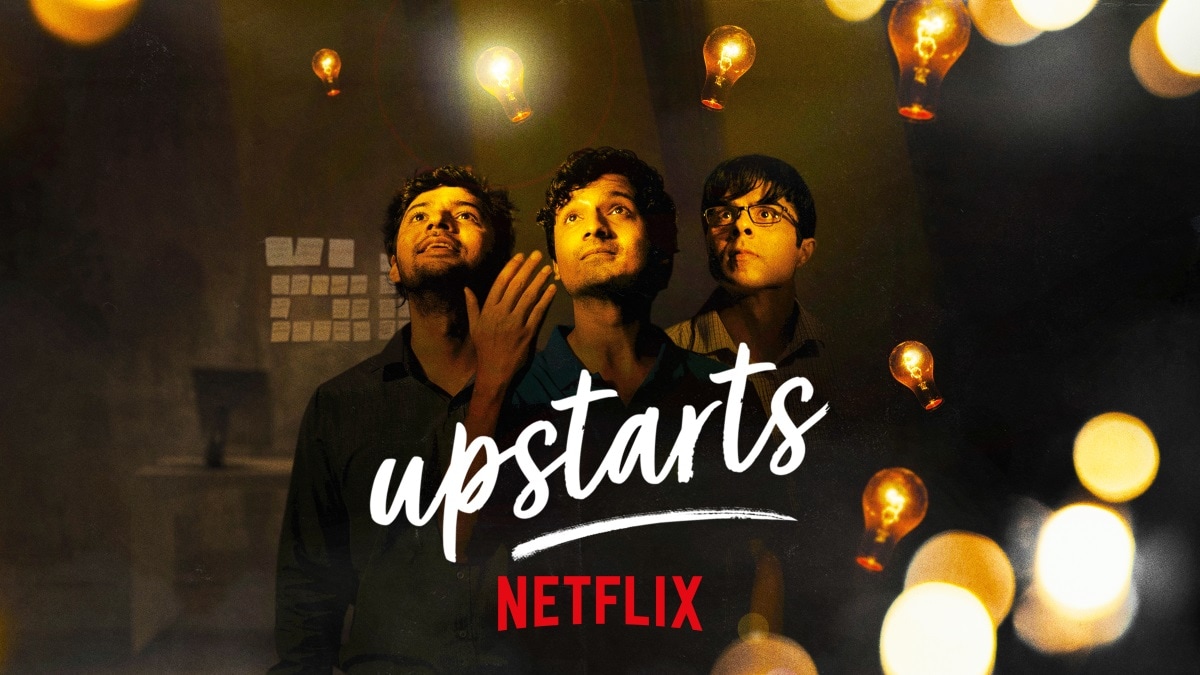 It’s only been a few days since Bard of Blood, but Netflix is already starting its marketing machine for the next original from India: Upstarts. We have a trailer and release date — October 18 — for Upstarts, which follows three college graduates, who are “determined to ride the burgeoning wave of startup companies” and “set out to change the world while making millions.” Directed by debutante Udai Singh Pawar, Upstarts stars Priyanshu Painyuli (Bhavesh Joshi Superhero), Chandrachoor Rai (Office vs. Office), Shadab Kamal (Har Har Byomkesh), Rajeev Siddhartha (Bekaaboo), Sheetal Thakur (Brij Mohan Amar Rahe), Ninad Kamat (Airlift), Swati Semwal (Fanney Khan), and Eijaz Khan (City of Dreams).

Upstarts was first announced by Netflix at a showcase event in Singapore in November last year alongside eight others, including the critically-acclaimed crime drama Soni released in January, the Priyanka Chopra-produced Marathi drama Firebrand in February, the Madhuri Dixit-produced Marathi comedy-drama 15 August in March, the romantic drama Music Teacher in April, and the Mithila Palkar, Abhay Deol-starrer comedy Chopsticks in May. Only two — the Anushka Sharma-produced period horror Bulbul, and the book-based romantic drama Cobalt Blue — remain from last year’s announcement, while the last of them, Hotel Mumbai, never made it to Netflix due to rights issues.

Google’s Eric Schmidt Meets With Pope Francis at the Vatican

Eric Schmidt, executive chairman of Google parent company Alphabet, had an unusual meeting on his calendar on Friday — a private sit-down with Pope Francis at the Vatican. Neither Google nor the Vatican would comment on what the two discussed during the meeting, said to have lasted 15 minutes. A video report from the TV […]

For us normal folks, the standard Facebook for Android application will do the trick when it comes to keeping tabs on friends and family members. For people who have a verified account, though, it can be a tad more difficult to connect with fans when using the normal version of the app. So if you […]

Google has released the latest beta version of Chrome 70 with touch-sensitive web authentication for Android and Mac devices, adding an extra layer of security to the browser. “Mac’s Touch ID and Android’s fingerprint sensor would allow developers to access biometric authenticators,” Google wrote in a blog post this week. The Chrome 70 beta version comes with the shape detection feature […]