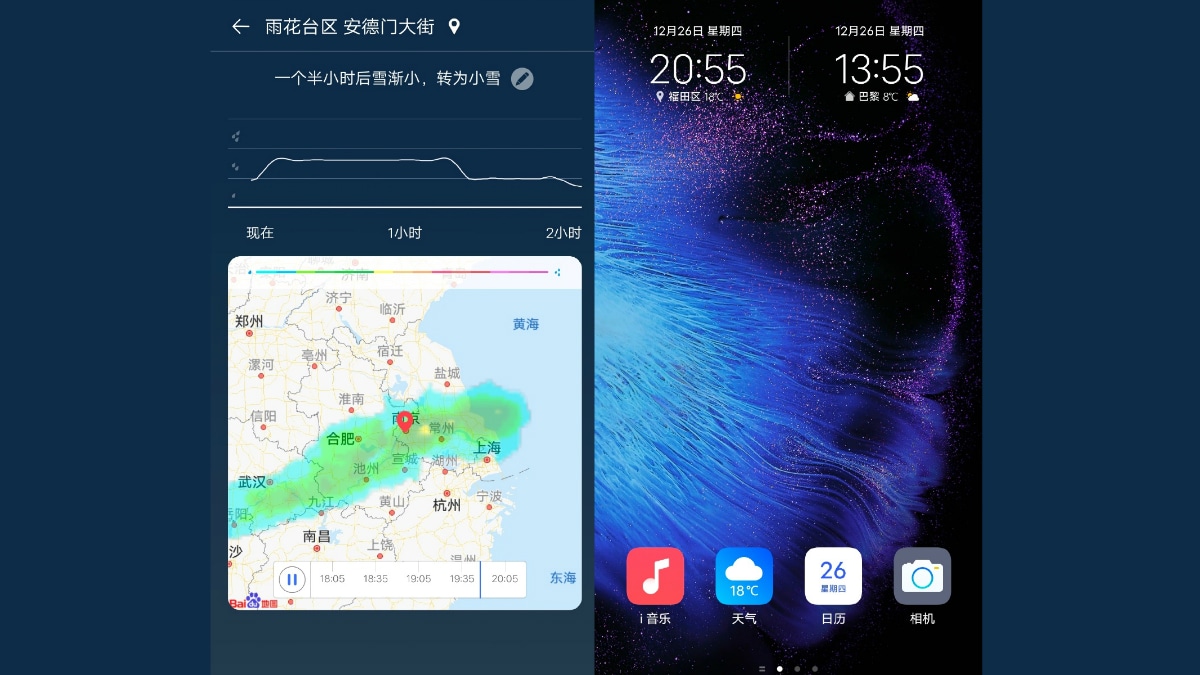 Vivo detailed its Funtouch OS 10 at the Vivo X30 launch event earlier this month, and the new software is set to bring live wallpapers, animated lock screen, minimal UI, and much more. A new post by Vivo’s Project Manager for Funtouch OS Xiao Zhuge has now revealed that the upcoming version of the company’s user-experience will bring a new earthquake warning feature as well as a new time and weather display function that will display the time and weather of two areas at once. Funtouch OS is said to start rolling out from February 2020.

Zhuge has shared screenshots of two big features coming to Funtouch OS 10. The first one is an earthquake warning feature that will alert users in case of an incoming natural calamity at an early stage. This feature should help them get to safety and take necessary precaution before any damage happens. Zhuge says that the feature will be tested internally first for a week or two before it is released for the public. The second screenshot shows the dual time display feature that enables the user to see the time and weather forecast of two regions on the display, simultaneously. This could be very useful while travelling, wherein the user can be aware of the time back home, and the time in the country he/ she is currently visiting.

Funtouch OS 10 brings a slew of other features like redesigned built-in apps, performance improvements, quick sharing features, new system dynamics, and a minimalistic design. The new software also brings the ability to allow users to save articles and videos on the side of the screen for later. As mentioned, new live wallpapers and an animated lock screen have also been added.

While the China Funtouch OS 10 roadmap is already known, with the rollout beginning from February 2020 in three batches, the rollout of the software in other markets is a mystery at the moment.

Nokia (the mobile brand licensed by HMD Global) has surprisingly topped the chart when it comes to updating smartphone software and issuing security patches and nearly 96 percent of Nokia smartphones are already running on Android Pie or have had an Android Pie update, making it the fastest brand to reach this level, a new […]

The New Way Police Are Surveilling You: Software That Calculates Your Threat ‘Score’

While officers raced to a recent 911 call about a man threatening his ex-girlfriend, a police operator in headquarters consulted software that scored the suspect’s potential for violence the way a bank might run a credit report. The program scoured billions of data points including arrest reports, property records, commercial databases, deep Web searches and […]

Group video calling has been available for Skype business customers for a while now, but to celebrate Skype’s tenth birthday on Tuesday, Microsoft announced it is bringing the feature to Skype mobile apps for free. The rollout doesn’t have a time line attached, but you can sign upnow for a sneak preview of the new […]