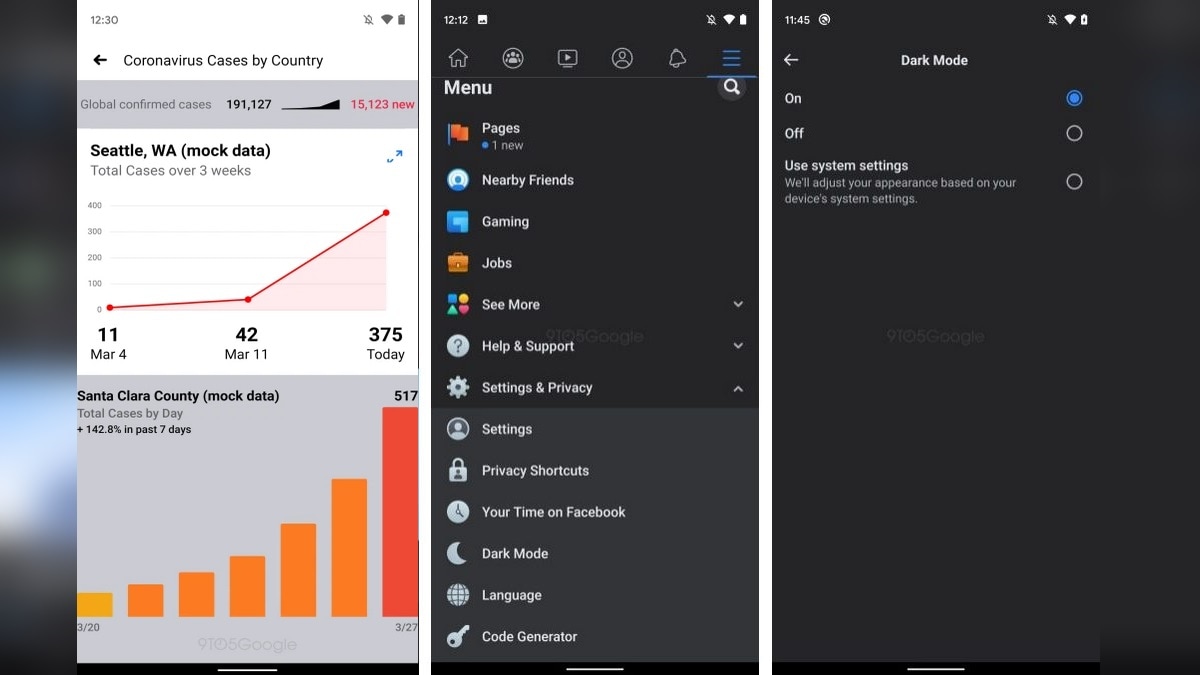 Facebook is reportedly working on a few new features for its Android app. According to a new report, features like dark mode, a coronavirus tracker, and a refreshed UI for ‘Time on Facebook’ are in the works. Dark mode is already present in other apps by the company including Facebook Lite, but now, it seems like the social media giant will finally be bringing the feature to its main app. However, it is currently unclear when these features will be rolled out to users.

As per a report by 9to5Google, Facebook may be preparing a full rollout of dark mode for its main Android app. It will come with a manual toggle, as well as the ability to switch to dark mode with the system-wide dark mode toggle in Android 10. Dark mode in Facebook will be implemented everywhere including the home feed, settings page, and posts, as per the report. Notably, there is no word on dark more for the iOS app as of now.

The report also states that a coronavirus tracker is in the works as well. It shows cases in a particular city over three weeks and county-wide cases over seven days. It adds that the tracker also shows the total confirmed cases globally on the top.

Notably, the Facebook app already has a ‘COVID-19 Information Center’ section in the menu which shows latest updates like total number of cases in the country, as well as globally. The data is followed by news reports on coronavirus. 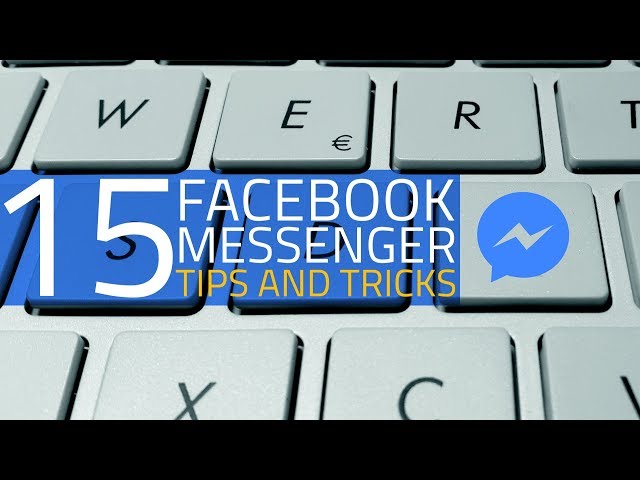 Additionally, the report states that the ‘Time on Facebook’ feature may get a refreshed UI. There might be a grid-based UI with a renamed ‘Quiet Mode’, but with no change in features. Currently, the Time on Facebook feature has all the settings in a list style along with a graph that shows the daily average time spend on the app in the past week.

It should be noted that Facebook has not shared any details on the aforementioned features and it is unclear when they will be available in the main app for Android.

EaseUS data recovery software has been the top choice for various users. It assists the user in recovering their important data that they may have lost due to an unexpected situation. The software is easy to use and features an interactive interface, which can easily be navigated through by a beginner and professional alike. The […]

What’s a C-wire, and why should you care?

In a New York Times article published yesterday, writer Nick Bilton discusses a software glitch that caused his Nest Learning Thermostats to stop working. As Bilton describes it, “Although I had set the thermostat to 70 degrees overnight, my wife and I were woken by a crying baby at 4 a.m. The thermometer in his […]