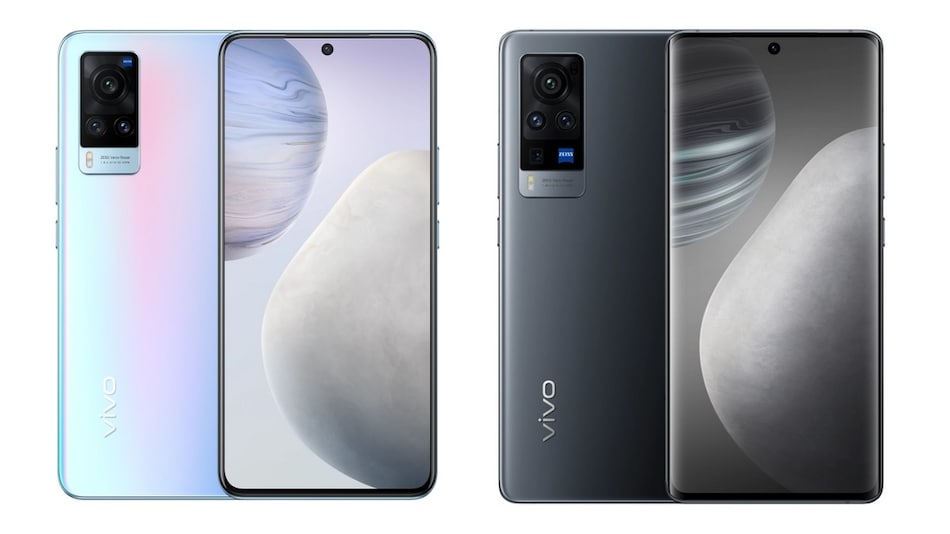 Vivo X60 series, comprising Vivo X60 and Vivo X60 Pro, details have been revealed by the company through its online store. It shows both the smartphones in all their colour variants and configurations. Vivo X60 will be offered in two RAM and storage configurations while the Pro variant will come in a single storage model. The pricing or specifications have not yet been revealed, but it does state that the phones will be powered by a 5nm flagship chip, that was earlier confirmed by the company to be the Exynos 1080 SoC. Additionally, Vivo has also shared that its new OriginOS will debut with the Vivo X60 series.

Vivo X60 series will include a Pro and a non-Pro variant. The vanilla Vivo X60 comes with a flat display with a centrally located hole-punch cutout for the selfie camera. It has a bezel-less display and the chin is relatively slim as well. The volume and power buttons are located on the right side. The phone comes with a triple rear camera setup with Zeiss optical lens. It will be offered in 8GB + 128GB and 8GB + 256GB storage configurations with three colour options – grey, shimmer (translated), and a blueish-pink gradient.

Vivo X60 Pro, as per the Vivo store listing, will come with a curved display with slim bezels on the top and bottom. The Pro variant will be offered in two colour options – grey and blueish-pink gradient. It will come in a single configuration with 12GB RAM and 256GB storage. A quad rear camera setup can be seen on Vivo X60 Pro.

Further, Vivo shared on Weibo that the Vivo X60 series will come with the new OriginOS that was unveiled earlier in November.

Earlier this week, Vivo confirmed that the Vivo X60 series will come with the Samsung Exynos 1080 SoC, based on the 5nm architecture. The smartphones will be unveiled on December 29 and will feature an ultra-stable micro-head camera sensor. Another recent leak suggested that the Vivo X60 could be the world’s thinnest 5G smartphone.

HIGHLIGHTS ROG Phone 3 renders show proprietary port for charging on the left side The hole-punch cutout is seen at the top right corner Asus ROG Phone 3 will go on sale via Flipkart Asus ROG Phone 3 design has been leaked ahead of its launch on July 22, thanks to a couple of leaked […]