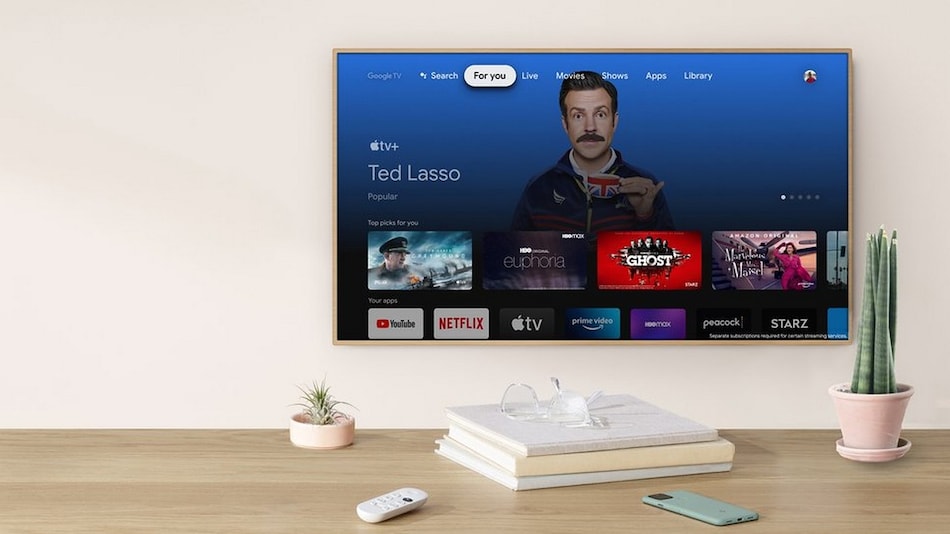 Apple TV app is globally available on Chromecast with Google TV, the search giant has announced through a blog post. Google had said back in December 2020 that Apple TV would be available on Chromecast and more devices in early 2021 and the app is now available along with Apple TV+. The app allows users to watch original Apple TV+ content along with the regular iTunes movies and TV shows. The app integration also allows for voice commands to be used to open the Apple TV app or play an Apple Original title.

In a blog post dated February 18, Director of Media and Entertainment for Android and Google Play, Jonathan Zepp, shared that Apple TV app, including Apple TV+, is now available on Chromecast with Google TV globally. The support for the app on more Google TV devices will be added in the future. Chromecast with Google TV users can head to the For you tab to find Apple TV content or go to the to the Apps tab.

In the US, thanks to Google Assistant, voice commands can be used to open the Apple TV app or even play an Apple Original title. Users can also add Apple Originals content to their Watchlist. These features will have a global rollout in the coming months, as per the blog.

Lastly, the blog states that Apple TV app will also make its way to Google TVs from Sony and TCL. Additionally, more Android TV-powered devices will get support for the app in the coming months.

You may no longer need to download SpeedTest app on your smartphone to assess how good your Internet connection is. Microsoft has embedded what appears to be similar technology into its Bingsearch engine, and is allowing users to initiate the feature by simply searching for “speedtest” or “speed test.” Discovered by user Kabir Cheema on […]

If users don’t agree with the updated terms of service, they will lose access to their WhatsApp account Instant messaging application WhatsApp has rolled out a new handy feature that will allow WhatsApp to make in-app announcements around new updates. As reported by a popular website WABetaInfo, the feature is called in-app notifications and it will be used […]